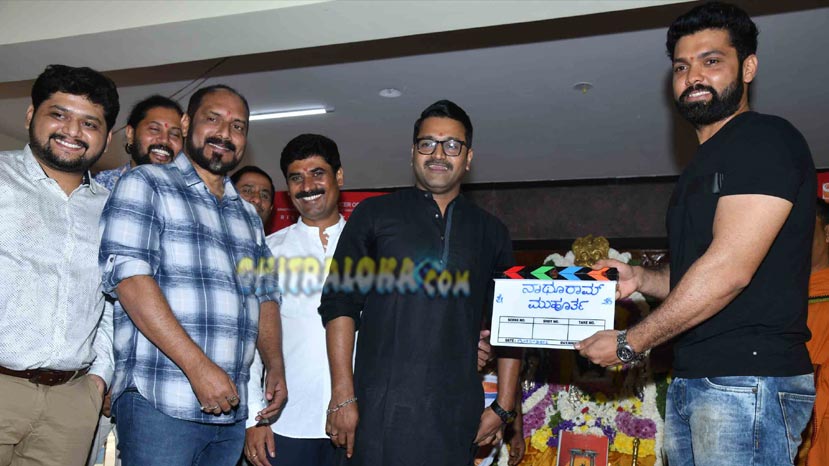 The name 'Nathuram’ Godse reminds of one of the most tragic incident in the Indian history. Nathuram Vinayak Godse, a right-wing advocate of Hindu nationalism assassinated Mahatma Gandhi in New Delhi on 30 January 1948. He shot Gandhi in the chest three times at point-blank range.

Wondering about the connection of Nathuram and the Kannada film industry? Well, the popular small screen director Vinu Balanja who makes his directorial debut in sandalwood with the movie titled 'Nathuram’, has a complete different take on it!

The movie 'Nathuram’ starring Rishab Shetty in the lead is unique for a reason, as the director reveals that unlike the real Nathuram who shot Mahathma Gandhi, his reel character Nathuram in the movie is a follower of Gandhian principles.

Vinu Balanja of the fame of ‘Preethi Illada Mele’, ‘Love Lavike’, and many more popular tele serials kicks starts his debut movie ‘Nathuram’ went on the floor recently with the muharat being attended by Rakshit Shetty, wishing the best to his friend Rishab Shetty.

Seems like Rishab is on a hunt for varied characters, first as a detective in 'Bell Bottom’ and then in a different role for the upcoming anthology film 'Katha Sangama’, and 'Nathuram’ being is latest. Another director turned popular actor in the making.