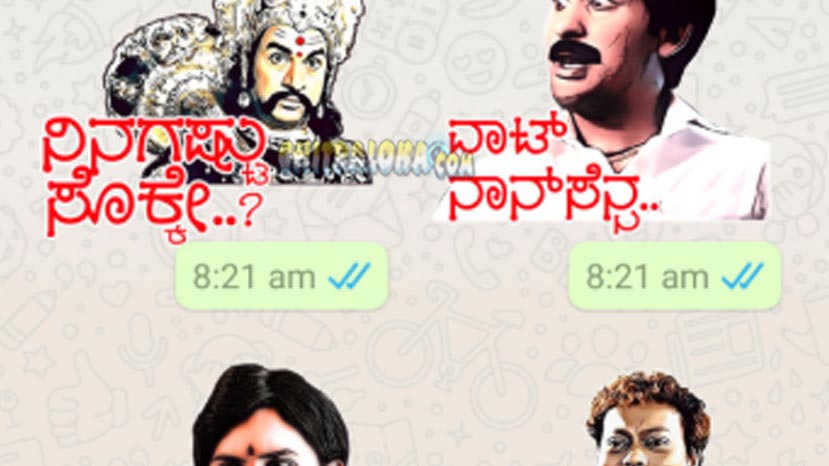 Within weeks of media sharing App WhatsApp released its sticker service it has become very popular. Closer home Sandalwood is also making use of it big time. In the last two days stickers of Rajkumar have gone viral.

Images from his popular films from Bhakta Prahalada to Kaviratna Kalidasa have been used along with popular dialogues to create dozens of stickers which fans are sharing big time. Film makers like Sreeni have released stickers of their new film Birbal Trilogy to capture audience attention.