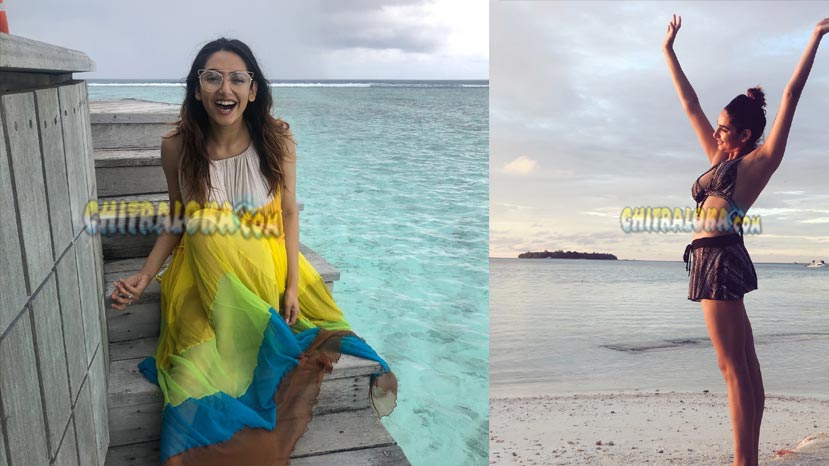 The actress who is back from the vacation, spoke to Chitraloka, sharing that it has been a great year so far with good releases and then two more movies which are set to hit the screens in the near future.

“All of us have become busy and hence we plan a family trip at least once a year. This time, we had planned a surprise birthday party for my mother in Maldives. These are the moments for which everyone works hard to spend some quality time with the family,” says Ragini Dwivedi.

She further adds that she went deep sea diving and this time it was her brother Rudraksh Dwivedi who made his adventurous debut at it.

“I must get my official certification next time. I love deep sea diving and it was a great experience this time. It was also special for the reason that my brother did the deep sea diving for the first time. He was the one who took all the photographs,” she smiles.

On the work front, Ragini has been busy with her next alongside Sharan, which is yet to be titled and another one opposite Prem in Gandhigiri.