Ayogya’ Sathish To Make His Debut In Tamil 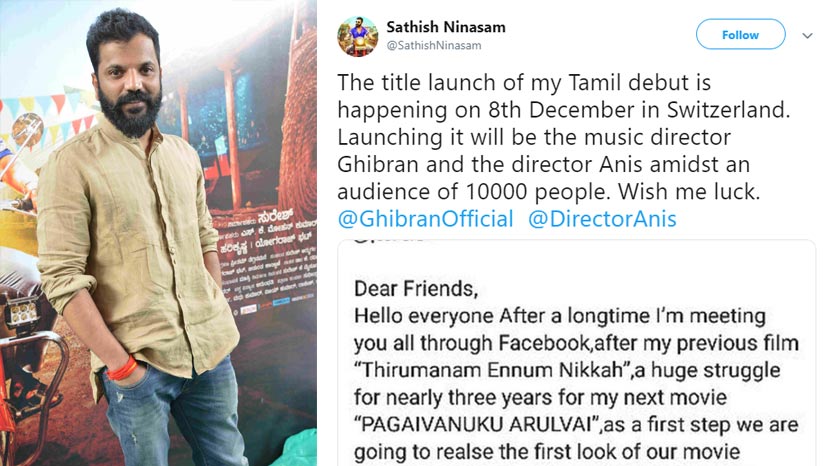 Ever since 'Ayogya’ turned out to be a smashing hit giving the much needed boost to his career, actor Sathish Ninasam is shining bright. Now, the talented actor heads to Kollywood as he is set make his debut in a Tamil movie.

Speaking to Chitraloka, Sathish Ninasam has revealed that the launch of his debut Tamil venture is scheduled on December 8 which will be held in Switzerland. Anis is directing the movie while the cinematographer Shanmugam of the fame of 96 Tamil movie have teamed up for this venture.

Sathish also awaits the release of Chambal in Kannada, which was offered a good sum by Netflix for its exclusive rights. However, the Chambal director Jacob Varghese and the team have rejected it while opting for theatrical release.