Rishab Shetty Does A Funny Version Of James Bond Intro ! 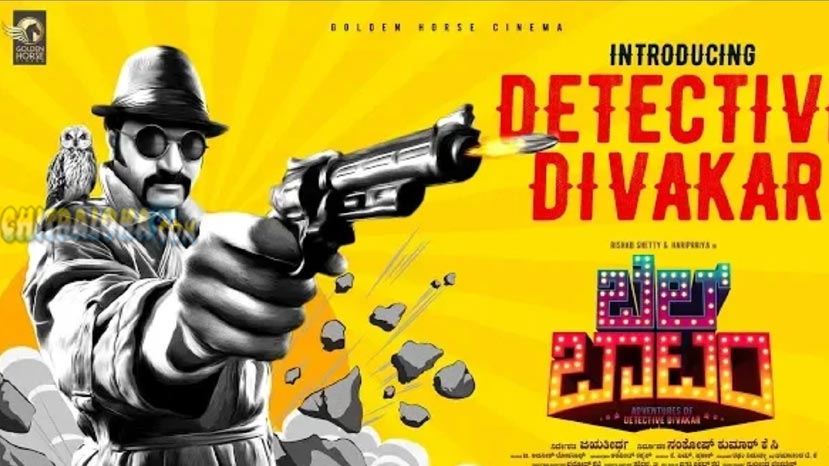 For all the fans of James Bond character from the popular English movies featuring the fictional British Secret Service agent created in 1953 by writer Ian Fleming, the signature style of his introduction scenes is a class apart.

The brisk walk of the character James bond while the target encircles before bond turns shooting and then the screen fills in red colour is one of most watched and repeated introduction scenes ever. Inspired by it, actor and director Rishab Shetty is seen repeating the similar act, but with a funny take on it.

The teaser of the film directed by Jayatheertha starring Rishab Shetty, Hariprriya in the lead is releasing on December 7. Ajaneesh Loknath has composed music for the detective venture.