Is The State Government Cursed Over Award Functions ? 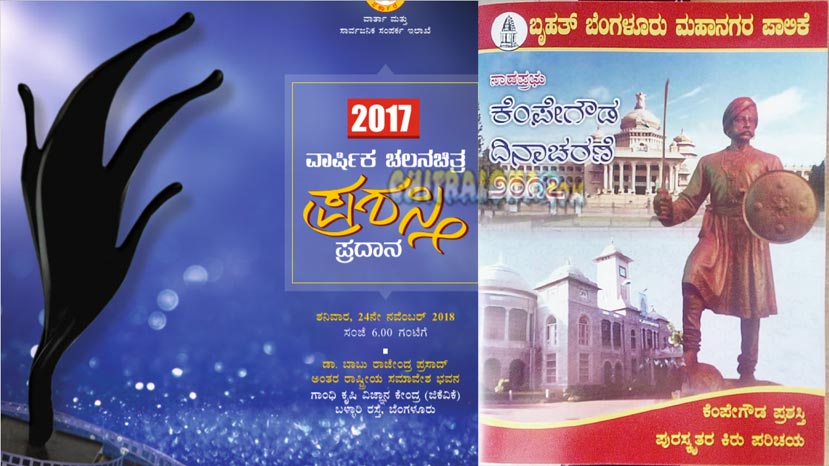 There seems to be something wrong with the recent state government award functions! They are often getting postponed for one or the other reasons, which has left many baffled and many even starting to doubt whether the state government is ‘cursed’ when it comes to awards functions.

Recently around two months ago, the popular Kempegowda awards function was postponed twice! The award which is to honour notable contributions of civilians in various fields such as medicine, education, media, sports, theater, film, literature, environment, folklore, music, dance, yogasana, judiciary, journalism, culture, photography, social service, astrology and painting, was initially postponed due to the passing away of DMK supremo Dr. M Karunanidhi.

The curse has hit back again when the state government was about to honour the best of technicians and artists in the Kannada film industry for the year 2017. The stage was all set for the State Film Awards-2017, in which several noted film personalities were to be awarded for the best performances including lifetime achievements to veteran actress Julie Lakshmi with Dr. Rajkumar Award while Puttanna Kanagal award for director S. Narayan and Dr. Vishnuvardhan award to be given to G N Lakshmipati.

However, the Information Department has called it off the film award function due to the unfortunate bus accident near Pandavapura taluk in Mandya district which has resulted in the death of several innocent school students.With frequent postponement of state awards functions, many feel that the government is facing some kind of a curse, and it is better to seek the intervention of an expert in this matter. While cursed or not cursed, it is certainly not a good development with state functions often getting postponed.