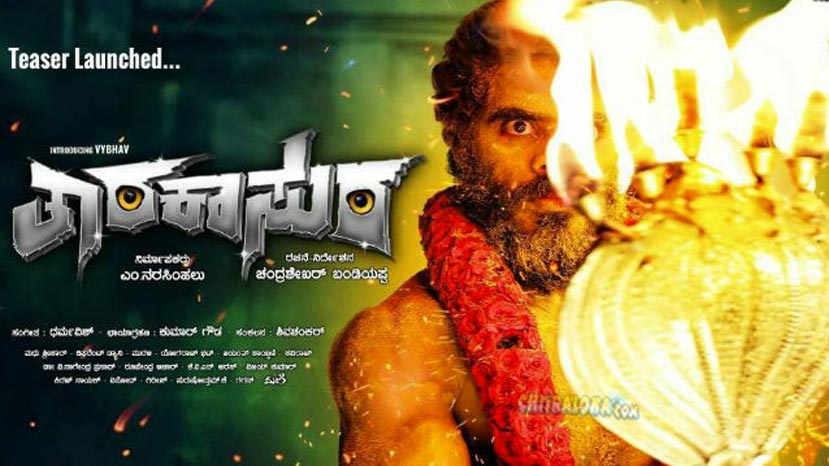 It took two years for Tarakasura to finally hit the silver screen, and it was for a special reason, says the makers. The team reveals that the delay was mainly due to the meticulous preparation which got into the shaping up of the main character portrayed by Vaibhav in the film.

The director of the film Chandrashekar Bandiyappa says that the male protagonist has three different shades in the film, ranging from being a 16-year-old teenagaer, to a matured bearded man to a stylish looking macho man. Hence, the delay in doing justice to characterizations to keep it real, he adds.

Also, the state film award winning actor M K Mata, who portrays a support role in the film too has five different shades and make overs to his role. The actor shares that he lived like a real beggar to portray the role of a beggar during the shooting and even earned Rs. 48 from begging!.

The tale of Tarakasura revolves around the ‘bud buduke’ tribes who predict the future of a person, and the extreme consequences of misusing the ancient skills for bad reasons. The film is being released in at least 200 screens across the state through Kanakapura Srinivas's distribution house.

The Kendasampige heroine Manvitha Kamath who is basking upon the success of Tagaru will be seen as a female lead in Tarakasura.