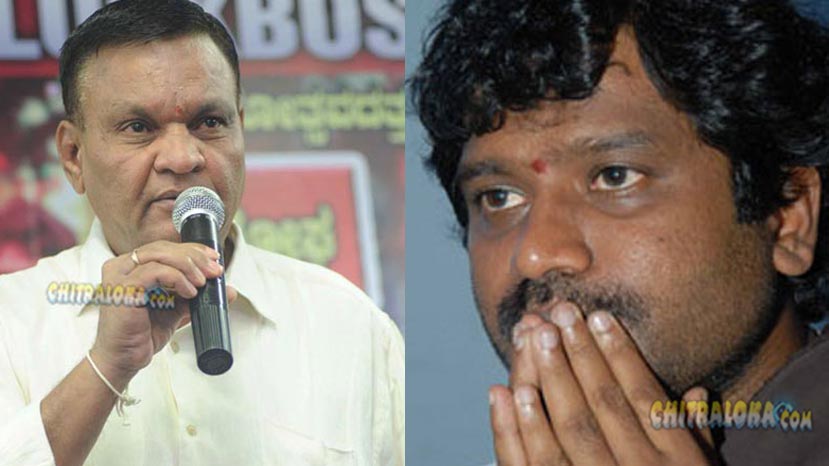 Noted producer and distributor Kanakapura Srinivas was on a fiery mode on Tuesday, as he came down heavily upon director Prem, producer’s association and did not even spare the regional film censor board.

While referring Jogi Prem as a 'thop’ director, Srinivas accused him of not returning his Rs.10 lakhs which he had given it as advance 14 years ago to the director.

Further, he went on to allege that producer's association is good for nothing in these matters. He also said that he would not work with director Prem even if he would offer him crores of rupees in return.

Insofar as film distribution is concerned, Kanakapura Srinivas revealed that he faced a lot of difficulties during the distribution of Rajinikanth starrer 'Kala’. “If I face a similar situation during the release of ‘2.0,’ I will stage protest in front of theaters with more than 40 thousand supporters. I will not seek anyone's support but will fight it all alone,” said Srinivas.

He also expressed dissatisfaction against regional  film censor board members who he says are certifying Kannada films with 'A’ while similar films in other languages are being awarded with U/A certificates.