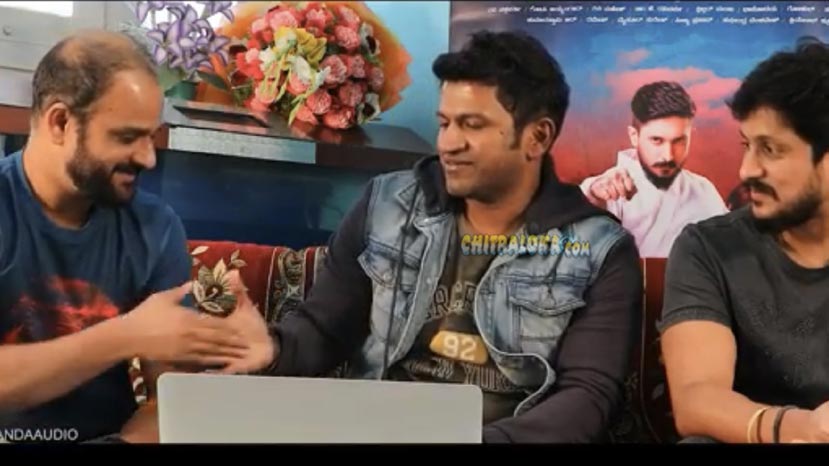 With just few days to go for the grand release of director and producer Shashank's 'Thayige Thakka Maga’ starring Krishna Ajai Rao in his 25th film, Power Star Puneeth Rajkumar has released its video of the title track.Penned by Shashank himself, the title track composed by Judah Sandy is sung by Kannada rapper Chandan Shetty.

While releasing the video song, Puneeth Rajkumar has expressed his excitement saying that the title of the film is very special to him as it reminds him of his legendary father Dr. Rajkumar. The hit combination of Shashank and Ajai Rao is hoping for a hat trick after Krishnan Love Story and Krishna Leela.

Produced under Shashank Cinemass banner, the action thriller packed with motherly sentiment stars Mrs Sumalatha Ambareesh in a special role along with Ajai Rao, Ashika Ranganath and others. Watch the video on Anand Audio official channel on YouTube.