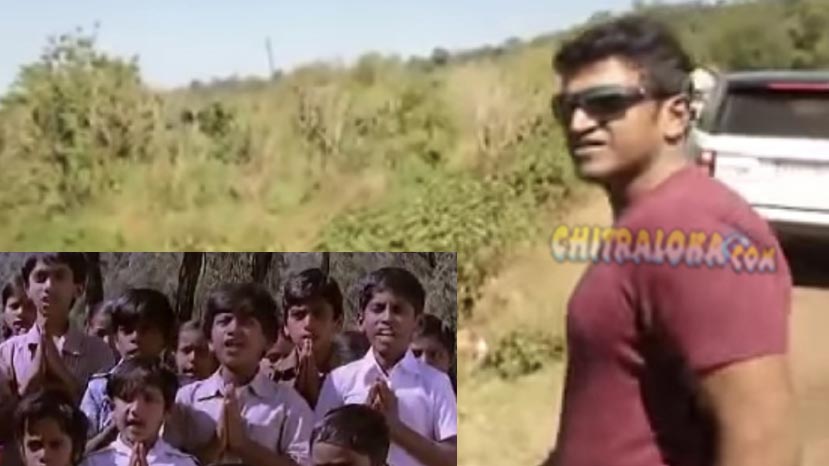 Released in 1985, ‘Bettada Hoovu’ movie is undoubtedly one of the best children movies in Kannada, which earned national award for Power Star Puneeth Rajkumar as a child artist.

Passing down the memory lane, Puneeth Rajkumar who along with his 'Natasarbhouma’ film team recently bumped into one of his best childhood memories while shooting for the film in 1984.

While driving past the exact locations of 'Bettada Hoovu’ film situated at Attibele, Puneeth stopped reminiscing the shooting experience. He even enquired with the locals about the shooting locations and shared his 34 year old memories with them all.

The power star was ten year old during the shooting of the film, wherein he stayed for at least a month at Attibele and surroundings areas including Kemmanagundi where the evergreen number 'Tayi Sharadhe Lola Poojite..’ from the film was shot.

Further, the star remembered the director of the film Lakshminarayan and how his uncle Varadappa stayed with him for over month as a guide to him and to the entire film team. Working with Honnavalli Krishna, senior artist Balanna and other were the greatest experience, he shared.

The film produced by Parvathamma Rajkumar under the Vaishnavi movies banner was an instant hit which later on bagged several state awards and the covered national award for Puneeth Rajkumar.