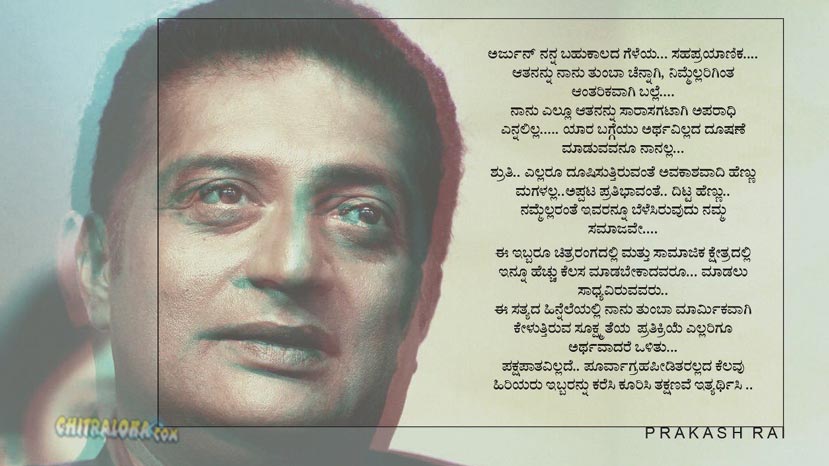 Saying that he and Arjun Sarja have been friends for a long time and someone that he shares his journey along with as an artiste, the national award winning actor Prakash Raj has said clarifying that he never held Arjun as guilty.

While clarifying his stand on the 'me too’ allegations concerning actress Sruthi Hariharan accusing Arjun Sarja of sexual harassment, Raj adds that he has known Arjun Sarja better than many.

“Sruthi is not an 'opportunistic woman’ as many are accusing her of. She is a confident and talented woman. It is the same society which has helped her grow as an artiste just like any one of us. They both (Sruthi and Arjun) have a lot of potential to work further in various social fields. Hence in these backdrop, it is better for everyone to understand on what I am actually seeking for in this sensitive issue,” Prakash says.

He concludes requesting a few seniors in the industry to hold a dialogue between the two and solve the issue at the earliest without any prejudice, and in an impartial manner.