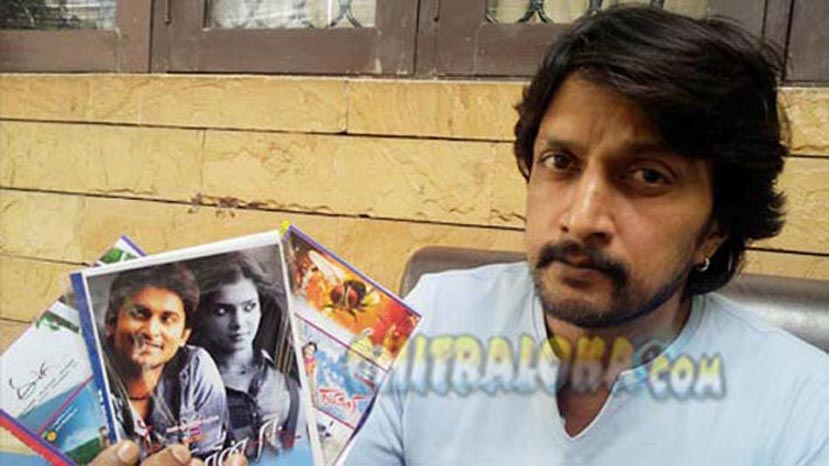 Multilingual actor Kiccha Sudeepa will be attending the premiere of  S.S.Rajamouli directed Hindi dubbed version "Makkhi' to be held in Mumbai and Delhi on Thursday evening. Kiccha has said that he would make some adjustments in the shooting schedule of  Bachchan to attend the press meet of  Makkhi to be held in Delhi.

Makkhi is the dubbed version of  Telugu block buster film Eega which has been appreciated for its technical superiority and a different type of screen play.

A host of eminent film makers from Hollywood are expected to see Makkhi on that day which includes KIng Khan Shah Rukh, Munnabhai and 3 Idiots director Raju Hirani, Bandit Queen and Mr. India director Sekhar Kapur, Actor Ajay Devgn who has given a voice over for the film in the beginning and Singham director Rohith Shetty. Many more top personalities are expected to see Makkhi on Thursday which also happens to be the birthday of  the legendary Big B.

Incidentally actor and director Sekhar Kapur had called S.S.Rajamouli to wish him on his birthday (which fell on October 10) and congratulated him for making films like Eega and Naan Ee with different concepts. He also told that he would be watching Makkhi on Thursday.  This has been confirmed by S.S.Rajamouli in his twitter page.

Sudeep is quite thrilled to note that Makkhi has been making lot of noise in Bollywood also and hopes for a big success of the film North of Vindhyas.

"I am happy and thrilled to know that a number of eminent personalities of Bollywood are watching.  Already some of the top directors like Ram Gopal Verma and others have seen the film' said Kiccha in a chat with this correspondent.

Incidentally  Kiccha is now busy shooting for an action sequence of Shashank directed Bahchan in an apartment complex in the Electronic City.