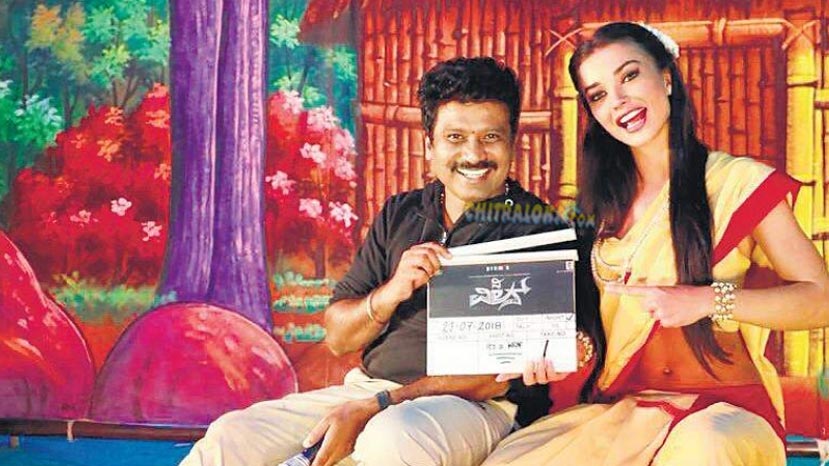 The British model turned actress, Amy Jackson who rose to fame with Indian films especially after bagging star studded projects like Shankar's ‘2.0’ starring alongside Super Star Rajinikanth and Prem's 'The Villain’ which marks Century Star Dr. Shivarajkumar and Kiccha Sudeep coming together for the first time, has been missing from the promotional activities of her debut Kannada movie.

The mega budget star studded movie produced by Dr C R Manohar, is just ten days away before it hits the screens worldwide on October 18. While the entire team is busy promoting the movie, the director Prem has expressed his displeasure against the heroine of his movie Amy Jackson.

“The actress has done complete justice to her character in The Villain, which is commendable. However, Amy Jackson seems to be disinterested with the promotion of the movie. Despite requesting her to be part of the promotion, she has been missing from such activities,” says Prem.

She was last seen in Dubai for the audio release function, and since then she has been missing in action. The director who was confident that Amy would make it to the recent teaser launch event in Bengaluru was left disappointed when Amy despite assuring her presence remained absent. The team hopes that Amy will soon head back to promote the movie before it releases on October 18.