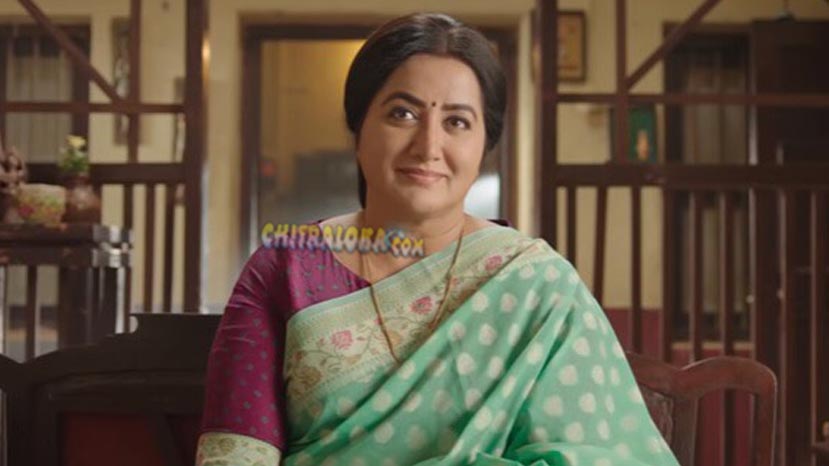 The teaser of Haripriya's 25th film D/o Parvathamma that was released today is turning out to be an online sensation. And rightly so. The teaser is 101 seconds long and so is almost a trailer. There are no dialogues but a couple of captions are used.

The background music sets the tone for a suspense thriller. It leaves you in no doubt that the film has suspense element. The trailer starts by paying homage of Rajkumar and Parvathamma Rajkumar. The audio of the film will be released by PRK Audio of Puneeth Rajkumar and this teaser is

available on PRK Audio. After an drone shot of a city flyover, the visual moves to a car slowly crawling up to a stop. It is raining and it is night. The music and this setup provides the perfect start to show a suspense theme.

The dramatic announcement that this is Haripriya's 25th film is made. The caption 'Haripriya Investigates' reveals that the actress plays an investigator. Then the backshot of her facing a noticeboard possibly in a police station gives this caption credence. Another caption 'Mistakes Die' morphs to 'Mistakes Don't Die' which shows that the cop is investigating a murder. That is the idea this caption generates.

In a slow motion walk the cop walks inside a bar towards some guy drinking at a table. As she walks she grabs a beer bottle which ends up being smashed on his stunned head. This is a stunning visual and heralds the arrival of Haripirya in the mould of Malashree and more recently Ragini Dwivedi as a female action star.

Then the teaser moves on to the next character the title talks about. The daughter is Haripirya so who is the mother. An old Rajkumar song plays in the background 'Yenta Soundarya Kande' and then Sumalatha who is reading a newspaper places it down and looks up. So the daughter and mother are revealed.

Director Shankar J seems to have nicely packaged the film with commercial goodies. It is a very surprising film to start with as two of the main protagonists are women. If it is a murder mystery suspense, what is the cop's mother's role in unravelling it? That is still a suspense for which we may have to wait for the trailer of the film. But for now, the teaser of D/o Parvathamma has cleverly set the tone. It is an interesting teaser that will have fans wanting for more.