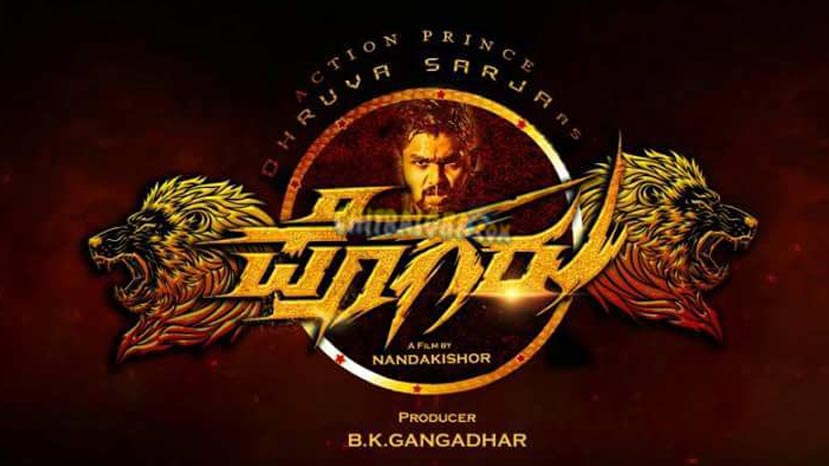 It is our own Action Prince Dhruva Sarja’s birthday today, and his fans are elated while eagerly waiting to witness his new avatar in Nandakishore directorial 'Pogaru’. The film team is releasing the first look teaser of the film featuring the start on the special occasion.

While the actor, who has tasted huge success with three back to back blockbusters, returns as 'Pogaru’ after a pretty long time. He has worked hard to transform his body for the film from being an young boy to a hugely built macho man.

“His dedication as an actor is simply great. We all have seen great actors like Aamir Khan and so many from the Hollywood ones who would go to any extent to transform their bodies to suit the characters. Dhruva Sarja first lost his weight to look like a perfect boy, and then transformed his body to being a perfectly build macho man. Moreover, he even started growing beard and hair for a different look,” says the Pogaru team.

So far, the film has concluded one third of its shooting and the rest is being planned to wrap it up soon. The team is also in search of an actress to play the female lead for Pogaru, which is a blend of family drama and action venture. Chitraloka wishes the action prince an action packed and an entertaining year ahead with his upcoming ones. Happy birthday Dhruva Sarja.