My Opinion on the Biopic on Veera Madhakari - Sudeep 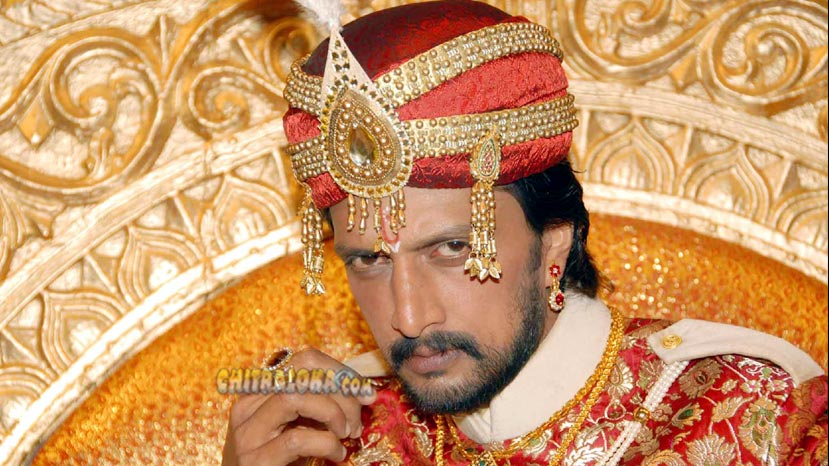 Kichcha Sudeep has announced that he will make a film on Veera Madakari. This comes on the back of the announcement by Rockline Venkatesh that he is making a film with Darshan on the subject. Sudeep has said that he respects Rockline for choosing this subject but it would not stop him from making a film on the same as his team has been working on it for a year and half. Extending his support to the film by Rockline he sought support from fans for his film too. This will be the first time two films on the same personality will be made in Kannada simultaneously.

Here is what Sudeep has written

It’s true that my team and I, along with a few good writers have been working on a script inspired by the life of Madhakari for about a year and half. The team has done a good amount of research and have been planning to doing this film for long.

The idea of wanting to make a film on Madhakari struck years back.  It took a bit for us to start work on the script,,,also inspiring me, wanting to direct again.

Recently it came as a surprise when another film on the same idea was announced. Obviously a vacuum prevailed before a light struck pouring some clarity that “what’s wrong in it,,,nothing” .  Anyone is eligible and anyone can make a film on history. How many times has there not been two teams,unknowingly making a film on similar story and on certain occasions  both have been successful too.

I don’t become the only one entitled to doing this role. Anyone is eligible to do this and I respect their team for wanting to do this film on our great Karnataka warrior.

It’s an incredible team lead by Rockline sir. I know his passion towards cinema and well supported by the amazing experience of Rajendra Singh sir . I for sure know they will create magic on screen.

This need not stop my team and me from doing what we set out for. It’s a dream too that we all want to achieve. I do not want to kill those dreams n hearts,,for, I’m not the only one who has been working for this day&night. I rather do and fail than stop now. After all I’m a Madhakari too :) .

My best wishes and appreciations to Rockline Sir and his team and I respect them for having chosen this wonderful subject.

Hope my decision is respected too.