Arjun Sarja Gets His Best Birthday Gift Ever 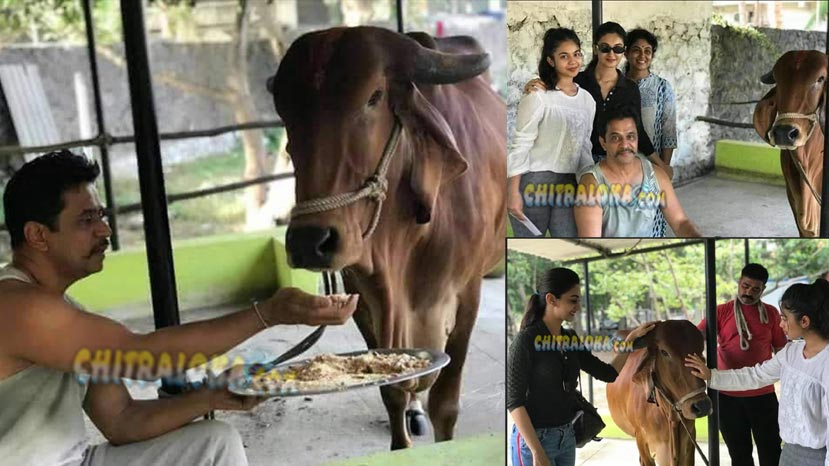 The gentleman, and the 'Action King’, as he is fondly known by his fans across South Indian film industry, Arjun Sarja got his best birthday gift ever! It was none other than his daughter Aishwarya Arjun who gifted him the present which came all the way from Somnathpur in Gujarat.

The star who recently celebrated his birthday, was at surprise when his daughter along with others in family gifted him a cow, which they had it transported all the way from Gujarat.

The cow which is now carrying and soon to deliver, is being taken care in the action king's farm house. Named as Punyakoti, Arjun Sarja was elated after witnessing the gift, saying that it was his best birthday gift ever.

His daughter Aishwarya Arjun, who recently made her debut in ‘Prema Baraha’ directed by none other than her father, is being lauded by netizens for gifting her father a meaningful present.