` Hemanth Announces 'Tenali', But Not Sure When? - chitraloka.com | Kannada Movie News, Reviews | Image

Hemanth Announces 'Tenali', But Not Sure When? 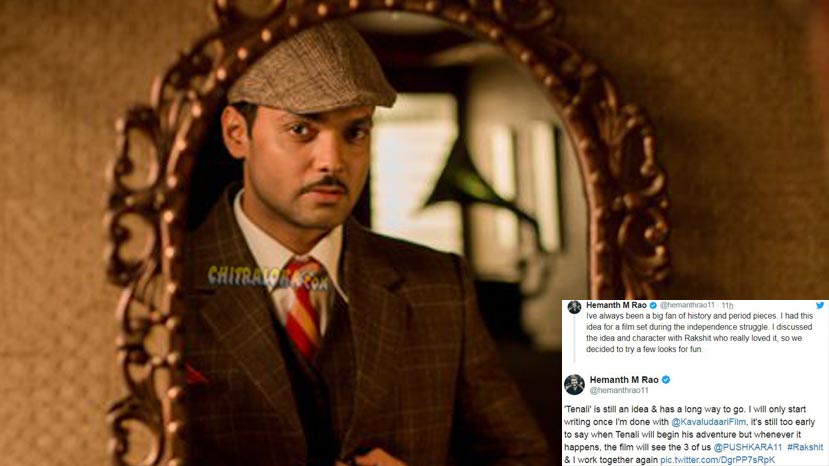 Director Hemanth Rao has announced a new film called 'Tenali' with Rakshith Shetty in the lead role, but the director is not clear about when the film will star.

On Friday, Hemanth of 'Godhi Banna Sadharana Maikattu' fame has announced a new film with Rakshith called 'Tenali'. He has also shared a photo of the film in his twitter account. Just when Rakshith's fans are happy regarding this news, the director has said, that it is still and idea and has a long way to go.

''Tenali's is still and idea and has a long way to go. I will only start writing once I am done with 'Kavalu Daari'. It's still too early to say when "Tenali' will begin his adventure but whenever it happens, the film will see the three of us Pushkar, Rakshith and I work together again' tweeted Hemanth.