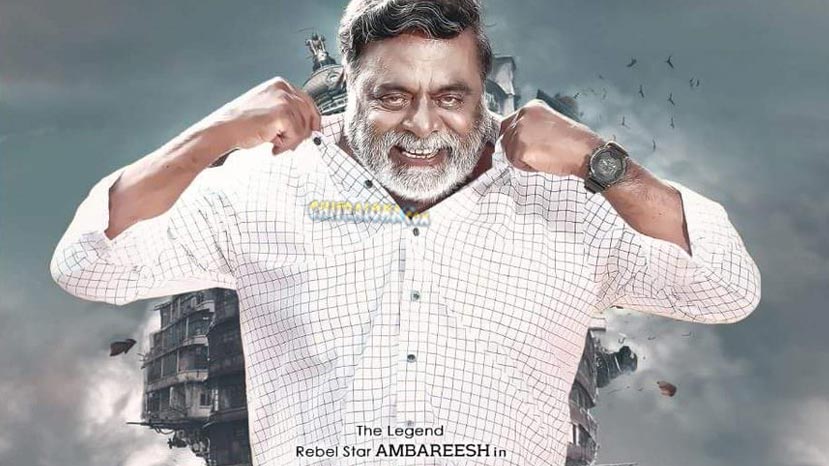 If everything had gone right, then the songs of 'Ambi Ninge Vayassaitho' starring Ambarish and Sudeep was supposed to release on the 10th of August. But the release got postponed due to various reasons and the first song of the film is all set to be released on the 31st of August.

The first lyrical video of the film, which is called 'Jaleela' is all set to be released on Friday in Social media. The song features Ambarish and is said to be one of the highlights of the film.

'Ambi Ninge Vayassaitho' is the remake of Tamil hit 'Power Pandi' which was released. The film is being directed by Gurudutt Ganiga and the screenplay is by Sudeep. The film stars Ambarish, Suhasini, Sudeep and others in prominent roles. Arjun Janya is the music director, while Jabeen Jacob is the cameraman of the film.