Shreyas Injured During The Shooting Of 'Paddehuli' 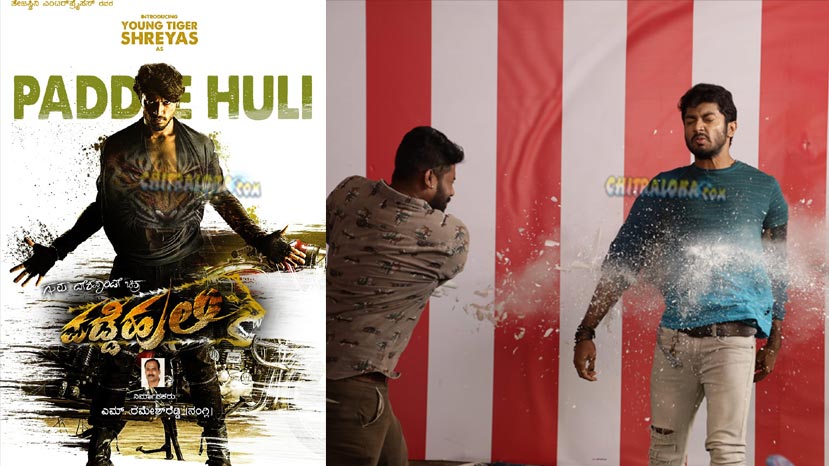 The shooting for producer K Manju's son Shreyas's debut film as a hero 'Paddehuli' is in full progress and the actor got injured during a fight sequence on Monday.

The action sequences for the film is currently in progress in Davanagere. The team is busy shooting tube light breaking sequences and Shreyas got injured during the shooting.

'PaddeHuli' is the remake of Tamil hit 'Meesaya Murukku' which was released last year. The film is being produced by M Ramesh Reddy who had earlier produced 'Uppu Huli Khara'. The film is being produced under the Tejaswini Enterprises banner. Guru Deshapande is the director. Ajaneesh Lokanath is the music director for this film, while K S Chandrashekhar is the cinematographer. K M Prakash is the editor.