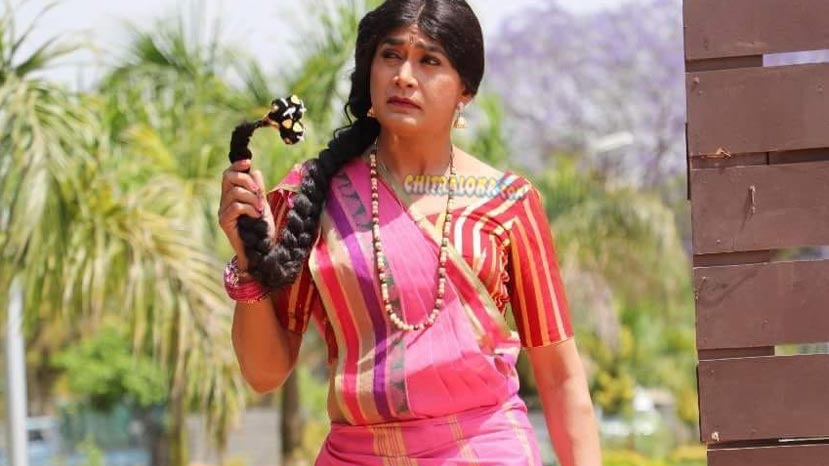 It takes three hours to get the make up on Sharan for a role in Victory 2. The film directed by Hari and produced by Tarun Shivappa revealed the looks of Sharan and Ravishankar in the roles of women in the teaser.

In Victory 2, he had to lose five kilograms of weight to get into a saree. He also had to undergo waxing to remove body hair and threading of his eyebrows. This is just one of the looks in the film. There is said to be four-five other getups for both Sharan and Ravishankar in the film. Shooting for the film is being wrapped up shortly.