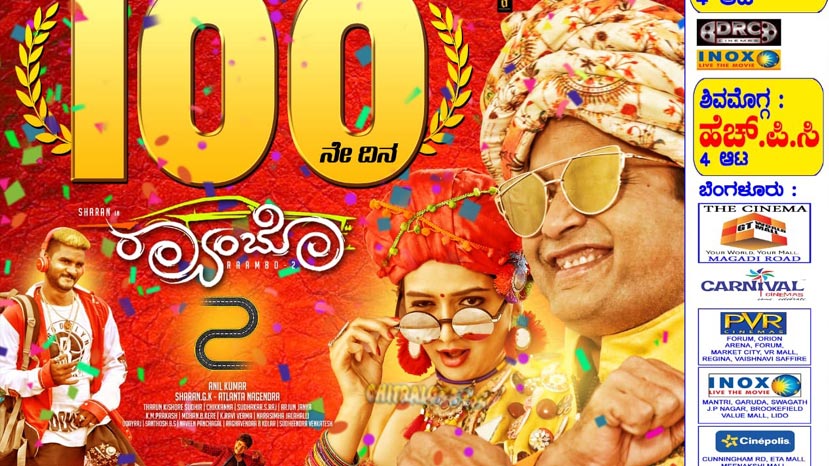 Sharan starter Raambo 2 has successfully completed hundred days. This film is one of the few hits in Sandalwood this year. The film completed 100 days in two single screen theatres in Mysuru and Shivamogga and several Multiplex screens across Karnataka including Bengaluru.

The film completed the successful run in Gayathri and HPC theatres of Mysuru and Shivamogga and in DRC multiplex in Mysuru, The Cinemas, PVR, Carnival, Gopalan, Inox and Cinepolis multiplexes in Bengaluru. The film has also turned out to be a big hit overseas. It was released in several countries including USA and Canada. Raambo 2 brought together Sharan and producer Atlanta Nagendra together after their collaboration in Raambo earlier. The thriller also stars Chikkanna, Ravishankar and others.