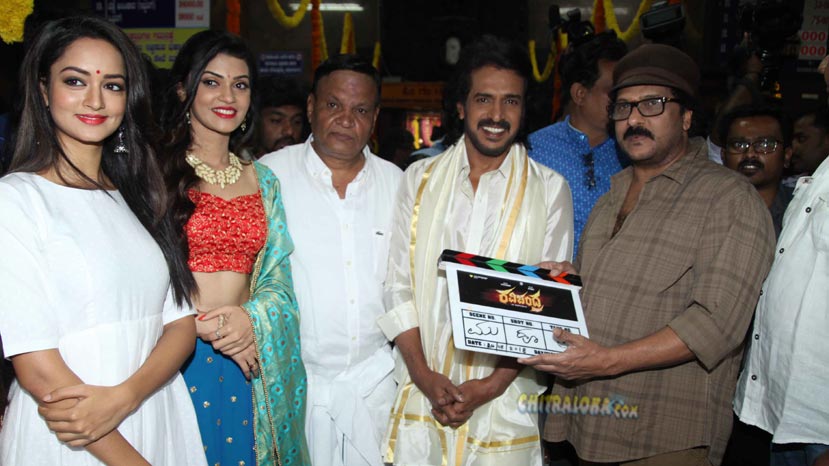 Ravichandran-Upendra's new film 'Ravi-Chandra' which is a remake of Telugu hit 'Balupu' was launched launched on Monday (August 20th).

The muhurath of the film was held at the Dodda Ganapathi Temple in Bull Temple Road and many politicians and film artistes were present during the occasion.

'Ravi-Chandra'  is being directed by Omprakash Rao and produced by Kankapura Srinivas. Arjun Janya is the music composer of this film.  Sanvi Srivatsav and Nimika Ratnakar are the heroines. Pradeep Rawat, Sadhu Kokila, Rangayana Raghu, Sudha Belawadi and others play prominent roles in the film.