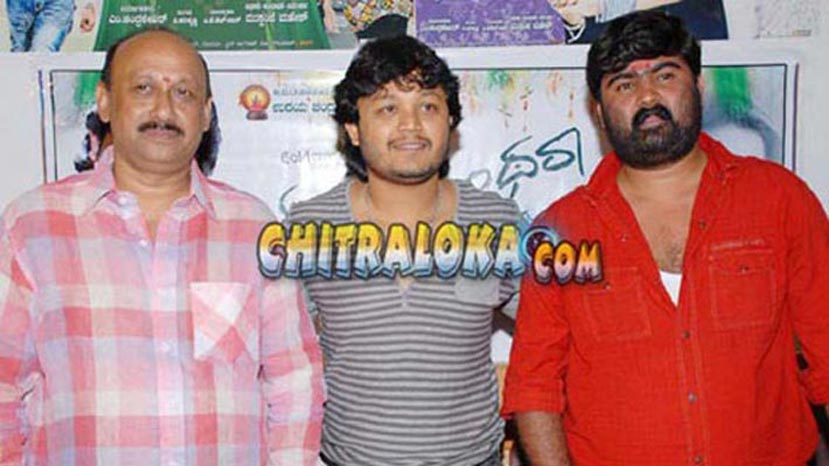 M Chandrashekhar who had called a press conference earlier even before the film's release had cancelled it in the last minute.

participating in the promotional events of the film including the audio release which had hampered its release . But on Monday he charged Ganesh for not being co-operative with him as for the promotion of the film was concerned. He wanted Ganesh to return his remuneration or give him a call sheet for a new film in a remuneration that was fixed by the Kannada film producers association and Karnataka Film Chamber of Commerce. "If Ganesh fails to heed to this request, then I will sit on a Dharna in front of his house' Chandrashekhar told the media.

It was a surprising request from the producer because he has not believed the quality of the film was something to do with the poor reaction from the audience or his preference to remake a hugely successful film like Kushi which had already become a big hit in Tamil and Telugu and was aired in many Television channels since the past eight years. The DVD of the film is so freely available that many Kannada film audience would have already seen the non Kannada versions many a times. Another Kannada film Chandu which had Sudeep and Sonia Agarwal in the lead had almost similar situations as in Eno Onthara.

Chandrashekhar had earlier announced a film with Ganesh titled as Mareyuva Munna which was to have been directed by Bharat of Kanti fame. Bharat who has expressed his opposition to remake films had created his own script for the film and had worked hard in picking up the locations for the film too. But Chandru preferred to produce a remake film instead of backing an original film. Bharat refuse to direct a remake and walked out of the film and that is how Mussanje Mahesh came to the project to direct Eno Onthara which was a remake of Kushi.

Coming back to Eno Onthara the film's release was postponed many a times. Surprising the background for the postponement of release is known to many people connected to film trade. However Chandru does not want to reveal anything about this to the media.