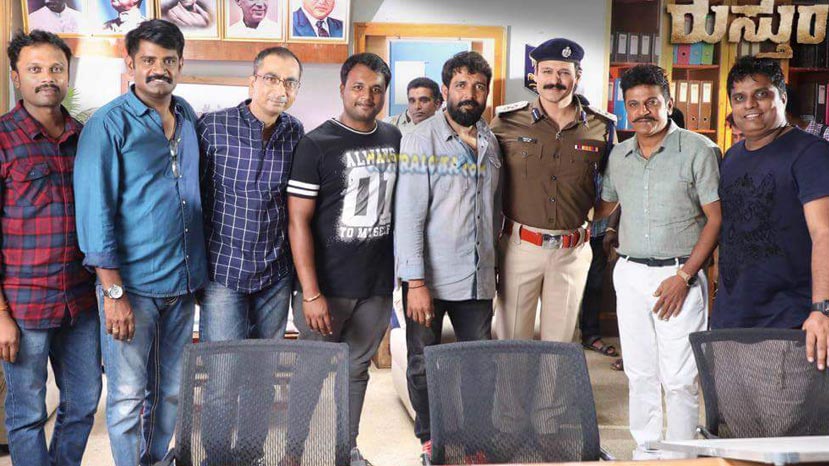 Well known Bollywood actor Vivek Oberoi who is known for his gangster role in 'Company' and other films has made his debut in Kannada with Shivarajakumar's Rustom'.

Recently, Vivek Oberoi participated in the shooting of the film. Vivek plays a police officer in Bihar. He plays a prominent role in the film and Rachita Ram is being paired opposite him.

'Rustom' stars Shivarajakumar, Shraddha Srinath, Mayuri and others in prominent roles. Mahendra Simha is the cinematographer, while Anup Seelin is the music director.  The film is being produced by Jayanna under Jayanna Combines banner.