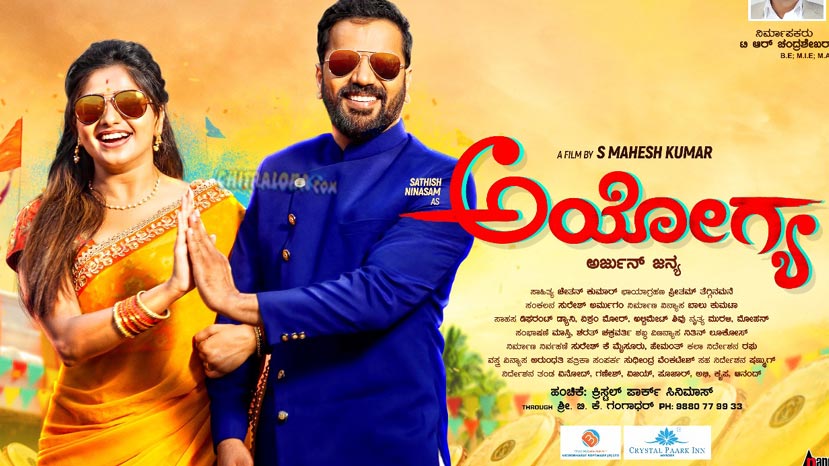 Satish Neenasam's new film 'Ayogya' is all set to be released on the 17th of August. Meanwhile, the Hindi dubbing rights of the film has been sold for a whopping 81 lakhs.

This is the first time that Satish Neenasam's film's dubbing rights is being sold for such a huge amount and Satish is very happy about the response he has got for the film.

'Ayogya' is being written and directed by Yogaraj Bhatt's protege S Mahesh Kumar. V Arjun Janya is the music director. The film stars Satish and Rachita Ram along with Chikkanna, Rangayana Raghu, Ravishankar and others in prominent roles. The film is being produced by Chandrashekhar of Crystal Park Films.