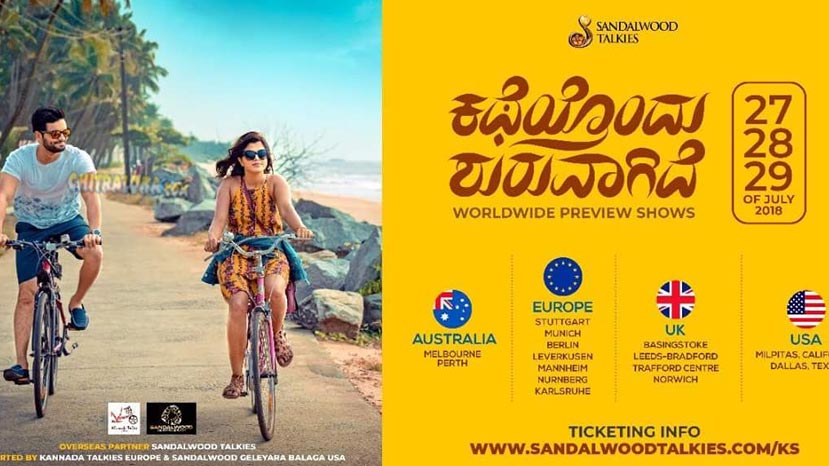 Diganth starrer 'Katheyondu Shuruvagide' is all set to hit the screens on the 03rd of August across Karnataka. Meanwhile, the film has been premiered in England, America, Australia and Germany and the film has got good response from premier shows.

'Katheyondu Shuruvagide' stars Diganth, Pooja Deveriya, Babu Hirannaiah, Aruna Balaji, Ashwin, Shreya and others in prominent roles. The film is being scripted and directed by Senna Hegde.  The film is  produced by Pushkar and Rakshith Shetty jointly.

'Katheryondu Shuruvagide' is a travel story featuring three generations prominently. The film revolves around three couples of different age group and background. The film has been shot in Bangalore, Mangalore, Pondicherry and other places.