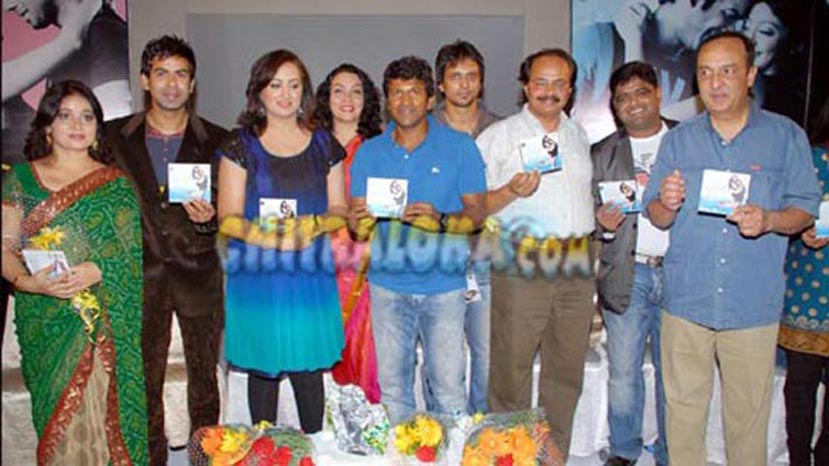 Power Star Puneet Raj Kumar released the audio album of Kannada film Nooru Janmaku produced by Vinay Lad and directed by Nagathihalli Chandrashekhar on Monday night. Santhosh and Aindrita Rai are in the lead roles in the film.

Many film personalities and lead actors were present in the audio function to greet Santhosh who is known for his extremely courteous behaviour and right attitude. The big crowd really proved that Santhosh is hugely popular among the young artists. Even in the brief speech he made, Santhosh did not forget to mention how he had received support from all the technicians and artists of the film. The guest list included Rajyasabha member and Mine owner Anil Lad.

Music Director Mano Murthy was another attraction of this function. He had come to

Bangalore to take part in this function and also do some music composition work for his forthcoming Kannada film Pancharangi directed by Yogaraj Bhat.