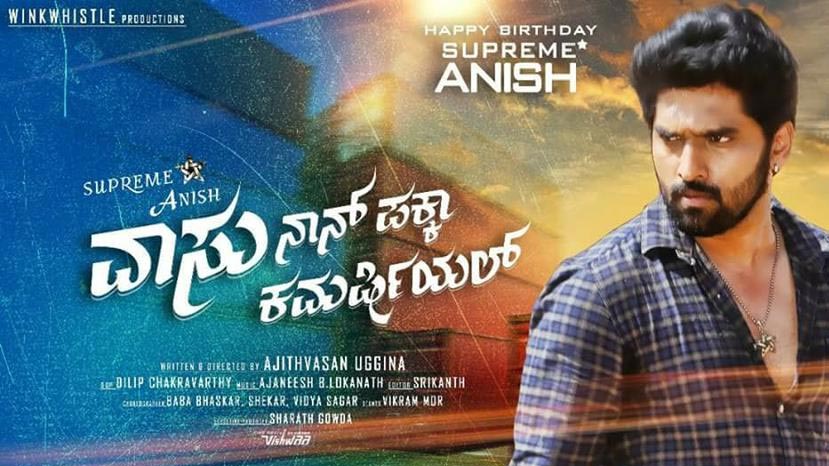 Anish Tejeshwar's new film 'Vasu - Naan Pakka Commercial' is complete and the film is all set to be released on the 03rd of August.

Recently, the pre-release event of the film was held at the Ambedkar Bhavan in Bangalore and actor Darshan announced the release date of the film. Rishabh Shetty, Pramod Shetty, Krishi Tapanda and others were present at the occasion.

'Vasu - Naan Pakka Commercial' is being directed by debutante Ajithvasan. Anish is not only acting in the film, but also is producing the film under his new banner called Winkwhistle Studios. Nishvika Naidu is the heroine of the film.