Sudeep To Act In Dabanng 3 ? 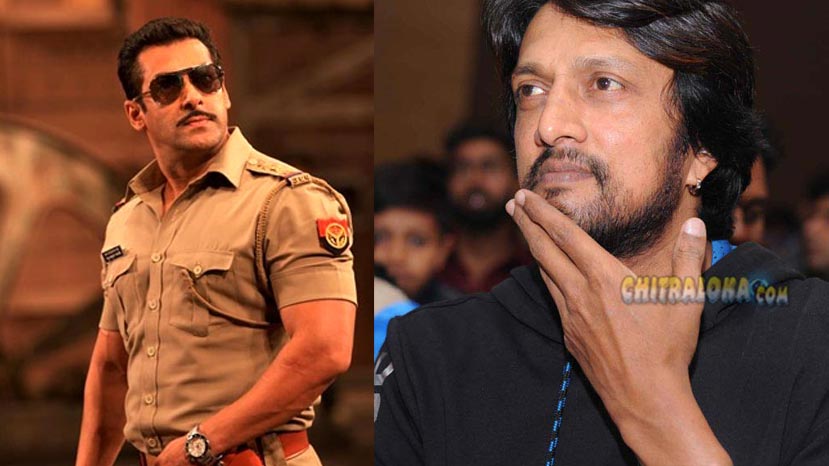 Sudeep is all set to make his foray into Bollywood once again. After acting in films like 'Rann', 'Phoonkh' and others, now the actor will be acting in 'Dabang 3' with Salman Khan.

Salman Khan whose latest film was 'Race 3' is looking forward to act in the third edition of 'Dabang' and the film will be launched in the month of December. The film is being produced by Sohail Khan Productions and will be directed by Prabhudeva.

Sudeep will be playing a prominent role in the film and will be allotting the dates for the film after December. Meanwhile, Sudeep has acted in one schedule of 'Kotigobba 3' and 'Phailwan'. He is currently shooting for Telugu film 'Sye Raa Narasimha Reddy' with Chiranjeevi.