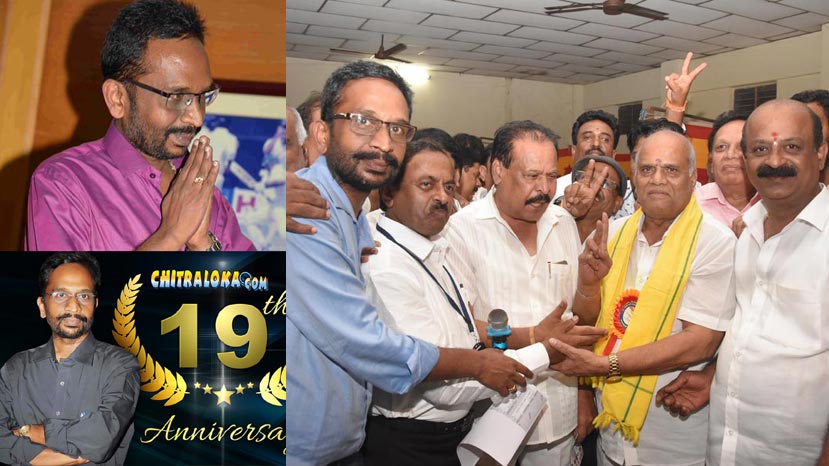 The film industry has given the biggest gift possible to Chitraloka on its 19th birthday. On the day the oldest and the largest portal on Kannada films celebrated its birthday, its editor KM Veeresh was elected as the Honorary Treasurer of the Karnataka Film Chamber of Commerce, the apex body of the Kannada film industry. Veeresh has served in the executive committee of the KFCC earlier. This was his first attempt for a post in the office bearers.

A day later today, KM Veeresh took charge along with the other senior members who have won the election including senior producer Chinne Gowda who is the new president. Veeresh thanked all the members who have voted in his favor and got him elected as Treasurer. Veeresh started his career as a sports journalist and then became a photo-journalist for Kannada films. He has been the editor of Chitraloka.Com since its inception in 1999. He also started Chitraloka Publication and Chitraloka Movies for movie production.