Aditya Asks To Suggest Titles For His New Film 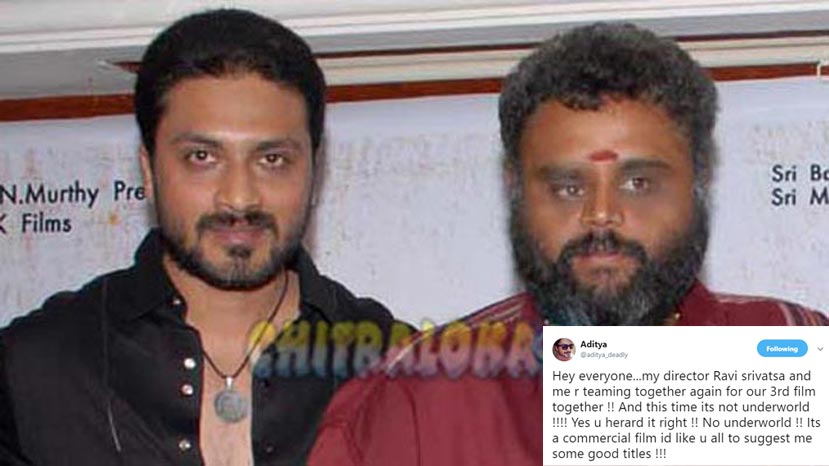 Actor Aditya who was last seen in 'Bangalore Underworld' last year is all set to make a comeback with a new film soon. The new film will be directed by Ravi Srivatsa who had directed 'Deadly Soma' and 'Deadly 2' for Aditya.

Like the two previous films, this one will not be an underworld based film. Instead will be a commercial film. The film will be launched soon.

Aditya took to twitter and asked his followers to suggest a title for his new film. 'Hey everyone. My director Ravi Srivatsa and me are teaming together again for our third film together and this time its not underworld. It's a commercial film and I would like you all to suggest me some good titles' tweeted Aditya