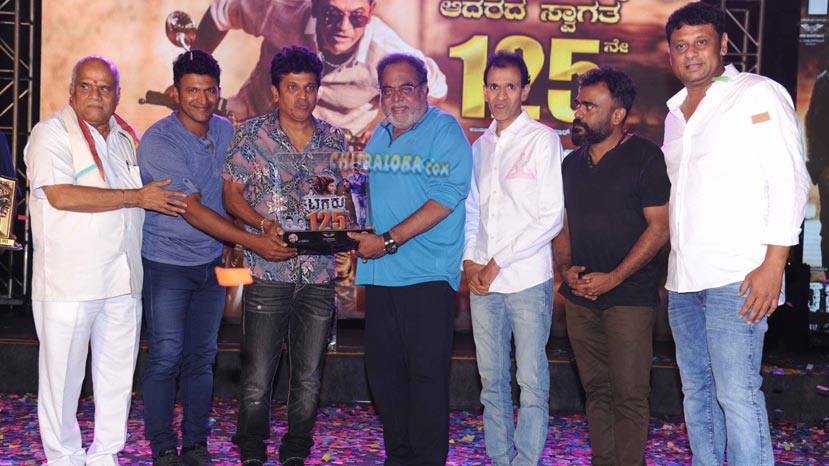 Shivarajakumar starrer 'Tagaru' which was released on the 23rd of February, has completed 125 day run at the box-office. The fans of Shivarajakumar had organised a celebration at the Santhosh theater in Bangalore recently. Now producer K P Srikanth had also organised a function and felicitated the artistes and technicians of the film.

The 100 Days celebration function was held at the White Petals in Palace Grounds on Saturday. Ambarish, Upendra, Puneeth Rajakumar, Vinay Rajakumar, Member of Parliament D K Suresh, Rockline Venkatesh and others were present at the occasion as chief guests and felicitated the artistes and technicians who have worked for the film.