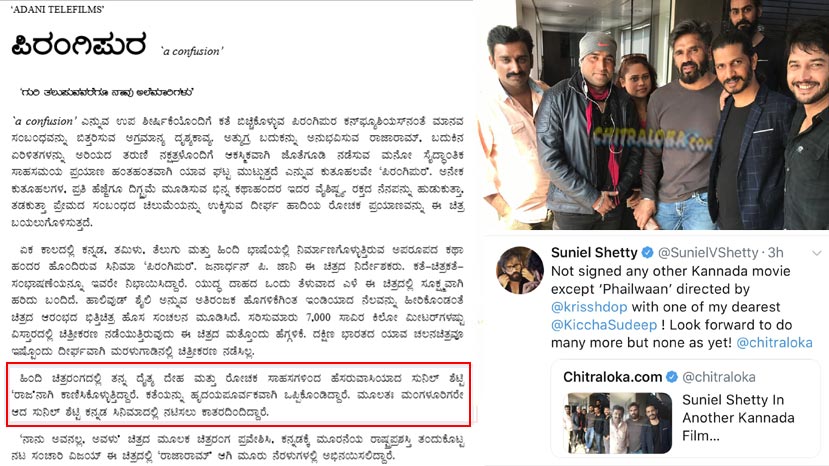 Bollywood star, Suniel Shetty has clarified that he has not signed any other Kannada film apart from Krishna-directed Phailwaan starring Sudeep. The team of Pirangipura had announced in a press release that Shetty will be acting in the role of a king in their multilingual film.

But Shetty in a tweet to Chitraloka said, 'Not signed any other Kannada movie except Phailwaan directed by Krishna with one of my dearest Kiccha Sudeep. Look forward to do many more but none as yet.' Pirangipura, the director Janardhan P Jani had claimed starred Sanchari Vijay and Suniel Shetty.

The film makers had also released photos with Suniel Shetty. Shetty's reply however makes it clear that their announcement was premature.

Sunil Shetty In Another Kannada Film