Sunil Shetty In Another Kannada Film 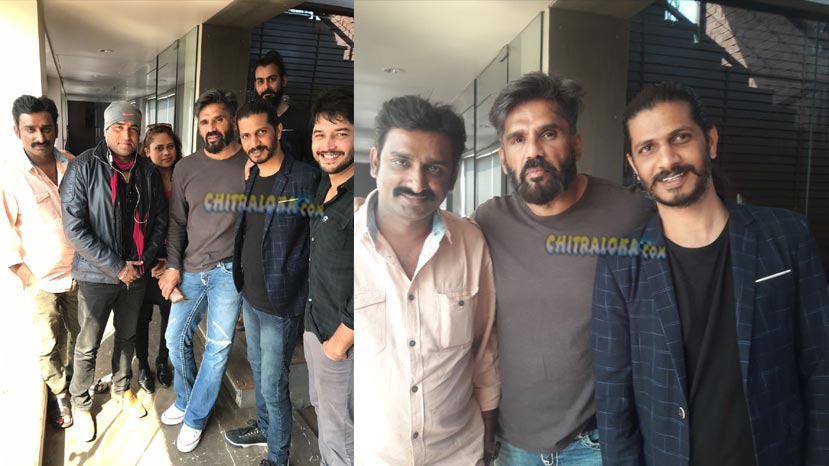 Suneil Shetty to act in Pirangipura

After it was announced that Bollywood star Sunil Shetty will make his debut in Kannada with Sudeep's film Phailwan, there is news that he has agreed to act in one more Kannada film. The other film is Pirangipura. Pirangipura-A Confusion is being made in Kannada, Tamil, Telugu and Hindi by director Janardhan P Jani.

Janardhan has announced that Sunil Shetty will play the role of a king in the film. Shetty has agreed to the role after listening to the story written by Janardhan. Sanchari Vijay is playing the role of 'Rajaram' in the film. The film has lots of VFX effects and the work has been going on for last nine months. The film will release in 2018 end.

Though there have been attempts to bring Shetty to act in a Kannada film for the last 15 years, it has not worked. However this year, he is coming to Kannada with two films.