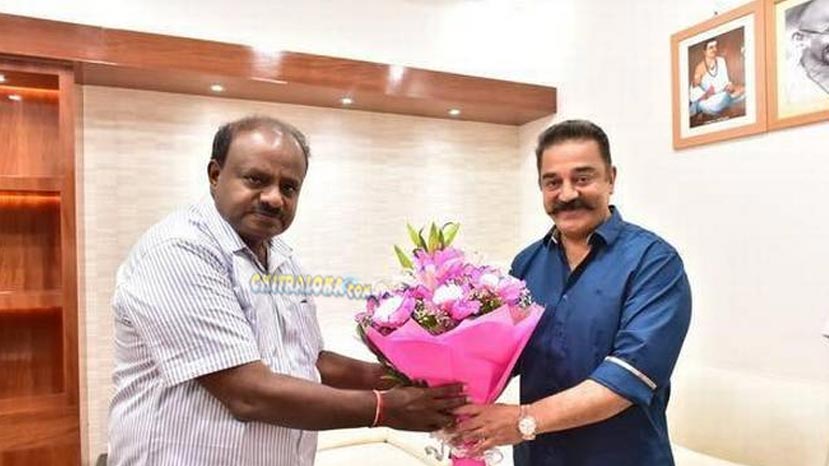 After the meeting, Kumaraswamy said, 'whether its Cauvery or other issue, it can be resolved by mutual talks based on trust. I requested Kamal Haasan to be a bridge betweem the two states, for which reciprocated warmly' said Kumaraswamy.

Kamal Hassan thanked Kumaraswamy by saying, 'Your warm hospitality and openness in discussing the Cauvery issue and various other issues concerning our two states is fully reciprocated. I assure I will do my best in being a trustworthy bridge between Karnataka and Tamilnadu' tweeted Kamal Hassan.