'Amma I Love You' Songs Released 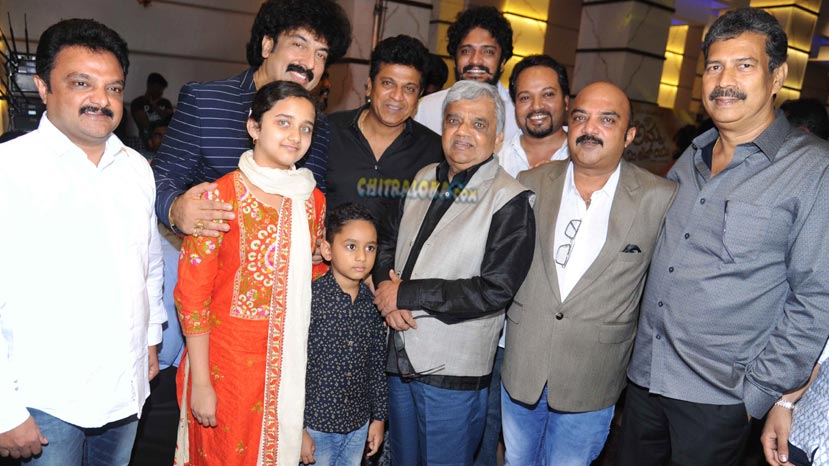 Dwarkish's 51st film 'Amma I Love You' is all set to be released on the 15th of June. Meanwhile, the songs of the film was released in a star studded function in Bangalore on Monday night.

One of the highlights is Dwarkish along with music director Gurukiran has launched a new audio company called DGK audio has released the songs. Shivarajakumar, Puneeth Rajakumar, Upendra, Dhruva Sarja, Chikkanna, Sadhu Kokila and others were present at the occasion and released the songs of the film.

'Amma I Love You' is the remake of Tamil hit 'Pichchaikaran'. The Kannada version stars Chiranjeevi Sarja in lead role. Sitara, Nishvika Naidu, Prakash Belavadi, Giri Dwarkish and others play prominent roles in the film. The film is being produced by Yogi Dwarkish under the Dwarkish Chitra Banner. Gurukiran has composed the music for the film, while Shekhar Chandru is the cameraman.