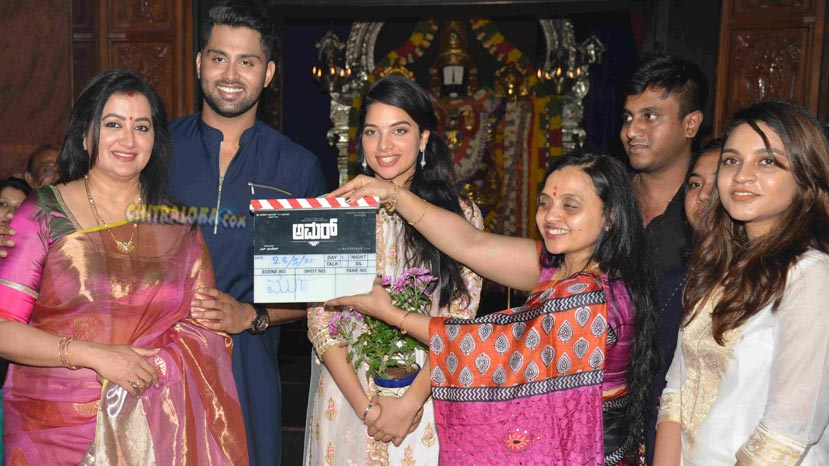 Ambarish's son Abhishek's debut film 'Amar' was launched on Monday at Sri Tirumalagiri Lakshmi Venkateshwara Swamy Temple in J P Nagar. It was a simple launch and Ambarish intends to hold a grand launch amidst celebrities of other film industries on the 24th of June.

'Amar' is being directed by Nagashekhar and he himself has scripted the film. The film is about a middle class youth and his love life. Nagashekhar has based the film on a true incident which happened many years ago. Nagashekhar plans to shoot the film in Madikeri, Mangalore, Sakleshpur, Ireland, England, Scotland and other places.

Satya Hegade is in charge of cinematography, while Arjun Janya is the music composer. Tanya Hope is the heroine. apart from Abhishek, Suhasini, Rangayana Raghu, Sadhu Kokila, Chikkanna and others will be playing prominent roles in the film.