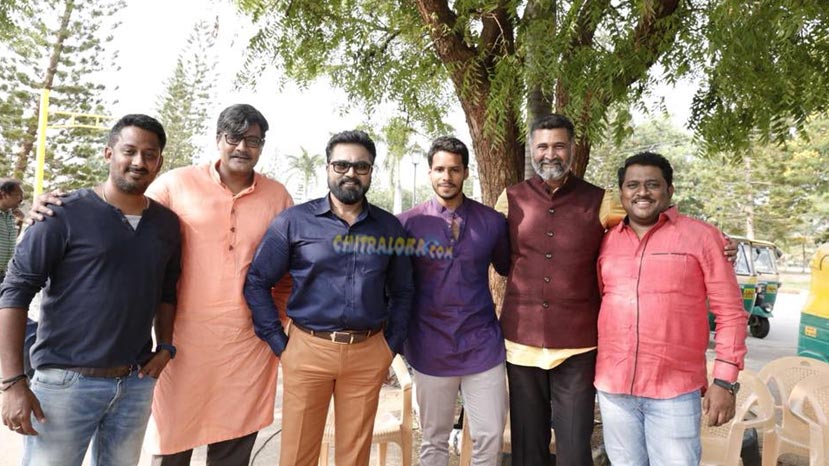 Actor Sharath Kumar who has acted in films like 'Rajakumara', 'Kabira' and others is acting in Nikhil Kumar's 'Seetharama Kalyana'. The actor has joined the sets of the film and director Harsha shot a few scenes starring Sharath Kumar, Ravishankar, Aditya Menon and others.