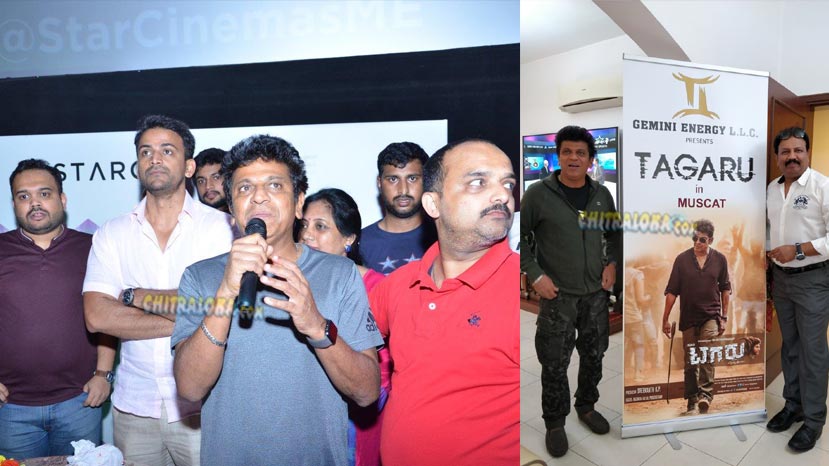 Shivarajakumar starrer 'Tagaru' has completed 60 day run and is running successfully. Meanwhile, the film has been released in Muscat, Dubai and Sharjah.

'Tagaru' was released in Muscat on the 26th of April, and the film got simultaneously released in Dubai and Sharjah on the 27th of April. Actors Shivarajakumar and Dhananjay, producer K P Srikanth attended the premiere and watched the film along with Dubai Kannadigas.

'Tagaru' stars Shivarajakumar, Dhananjay, Vasishta Simha, Manvitha Harish, Bhavana Menon, Devaraj and others in prominent roles. 'Tagaru - Maiyyalla Pogaru' is being written and directed by Suri, while K P Srikanth is producing the film. Mahendra Simha is the cinematographer, while Charan Raj of 'Godhi Banna Sadharana Maikattu' is the music director.