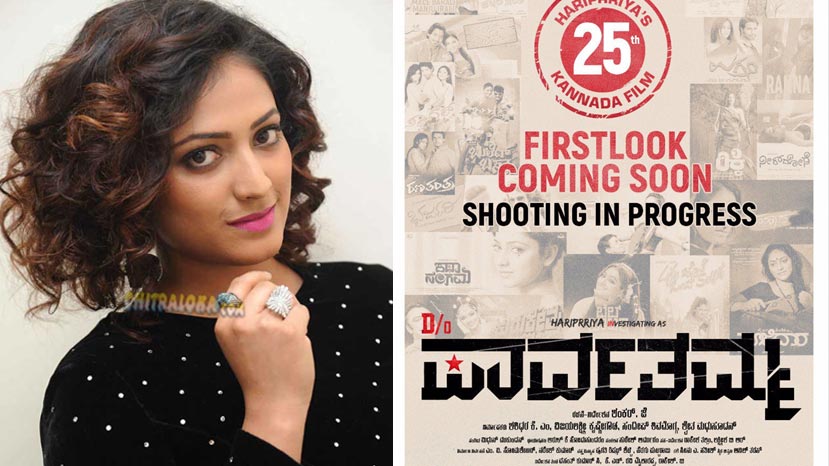 Actress Haripriya who is one of the most wanted actresses of Kannada film industry has signed her 25th film called 'D/O Parvathamma'. The film has already been launched and the shooting is under progress.

Haripriya's new film stars Sumalatha, Tara and others and Sumalatha Ambarish will be seen in the role of Parvathamma in the film. Haripriya plays the role of an investigating officer in this thriller.

'D/O Parvathamma' is being written and directed by Shankar J. Shashidhar, Vijayalakshmi Krishnegowda, Sandeep Shimoga and Shwetha Madhusudhan are the producers. Mithun Mukundan is the music director, while Arul K Somasundaram is the cinematographer.