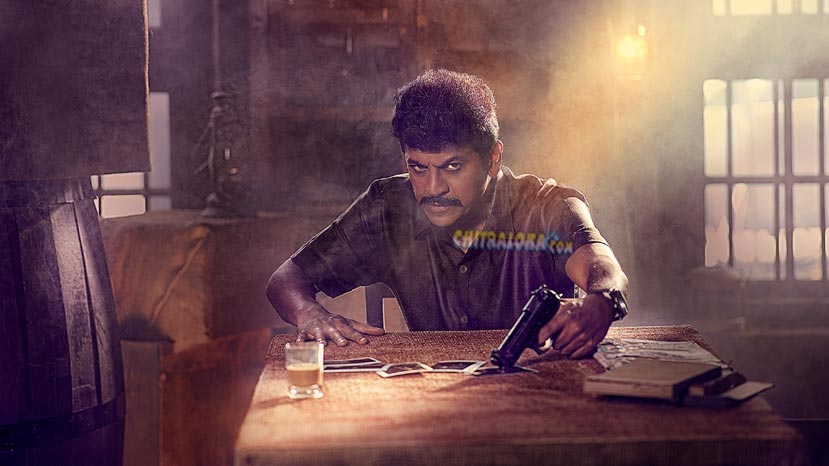 Shivarajakumar's new film 'Rustom' which is being directed by choreographer turned director Raviverma was launched in Bangalore on Tuesday morning.

Meanwhile, the first look of the film has been released and has sported a moustache for his role.

'Rustom' is being produced by Jayanna Combines banner and this is Shivarajakumar's third film for the same production company after 'Bangara - S/O Bangarada Manushya' and 'Mufti'. The film stars Shivarajakumar, Shraddha Srinath, Mayuri and others in prominent roles. Mahendra Simha is the cinematographer, while Anup Seelin is the music director.