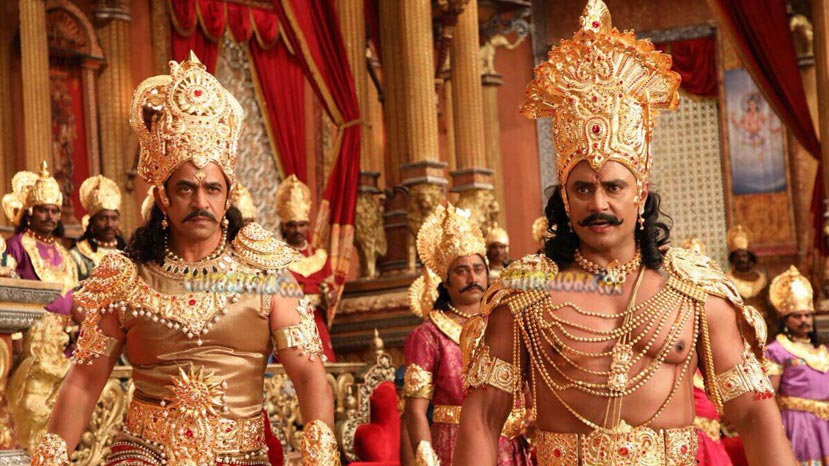 Darshan's 50th film 'Kurukshetra' which is in the post-production stage is all set to be released in the month of May. Meanwhile, the making video of the film was released during the inauguration of the Innovative Film Festival in Bidadi,

'Kurukshetra' is based on the Mahabharatha and Darshan has played the role of Duryodhana, while Ravichandran is seen in the role of Krishna in this film. Apart from that Ambarish, Srinivasamurthy, Nikhil Kumar, Shashikumar, Sonu Sood, Ravishankar, Srinath, Haripriya and others are play prominent roles in the film.

The film is being produced by Muniratra. Senior director Naganna who had directed 'Krantiveera Sangolli Rayanna' is directing the film.