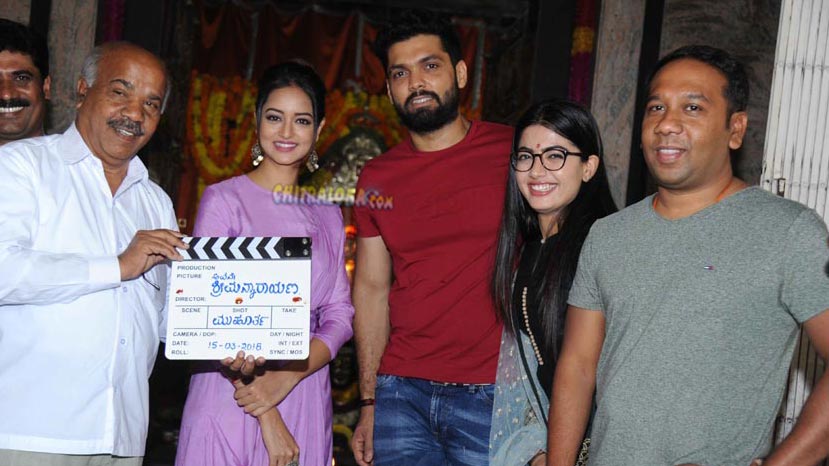 A special set has been created fro Avane Srimannarayana starring Rakshit Shetty. The set has come up on a 100 x 80ft floor at the Sri Kanteerava Studio. The second schedule of the film directed by Sachin Ravi wills tart there on April 13.

The first schedule of the film was recently completed in Bagalkote. Sources say that the special set is that of a retro looking pub. The film is set in the 1980s. So the pub is made to look like one from that era. It will be styled like a Western pub of the old Americas. One song and one fight scene is also included in the shoot planned in this set.

The film, apart from Rakshit Shetty, stars Shanvi Srivastava, Achyuth Kumar and others. The film is said to be the highest budget for Rakshit Shetty so far.