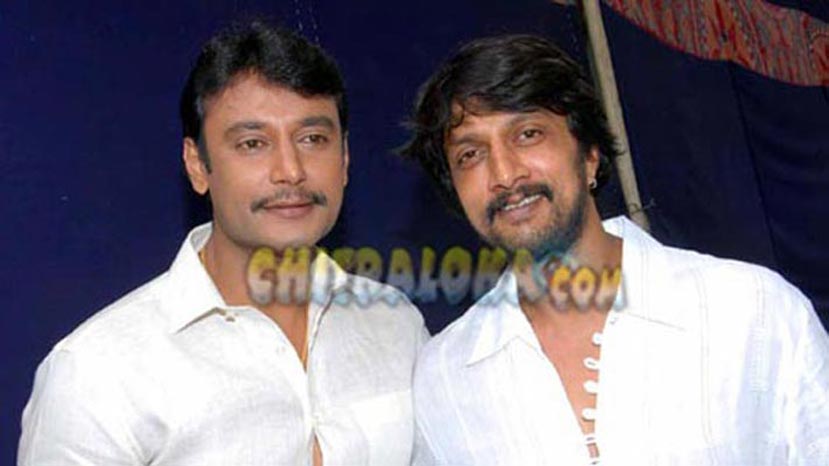 Denying reports that Challenging Star Darshan will be doing the Kannada remake of  Ramesh Sippy directed Hindi block buster film Sholay' with him, Kiccha Sudeep says that the news circulated in a section of media is baseless and fabricated.

"I am surprised at the publication of news which has not occurred to either me or Darshan. I have to deny this news and wants to intimate my fans that if ever we are doing a film together, it will have a good original story content and should be made in such a way that it does not displease fans' said Kiccha in a conversation with Chitraloka Mega Portal.

Infact Kiccha has also tweeted denying the news about the Sholay remake.