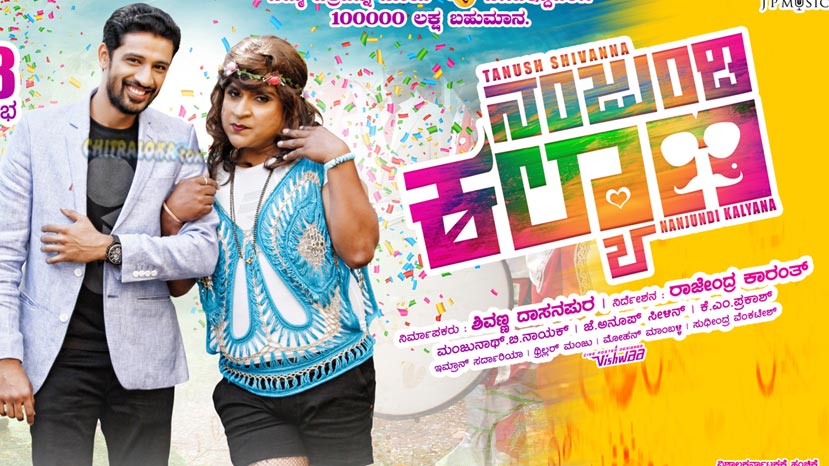 Well known theatre personality Rajendra Karanth is back once again as a director. Rajendra Karanth directed Ramesh Aravind starrer 'Mangana Kaili Manikya' a few years ago, but the film was a flop. Now Rajendra Karanth has silently directed yet another film called 'Nanjundi Kalyana' and the film is all set to release on the 06th of April.

'Nanjundi Kalyana' stars Thanush who has acted in films like 'Ale' and 'Madamakki'. This is his third film and Shravya is paired opposite Thanush. Apart from Thanush and Shravya the film stars Padmaja Rao, Kuri Prathap, Manjunath Hegade and others in prominent roles.

'Nanjundi Kalyana' has nothing to do with the yesteryear film except for the title. Manjunath B Naik is the cameraman, while Anup Seelin has composed the music for the film. Thanush's father Shivanna Dasanapura is the producer of the film.