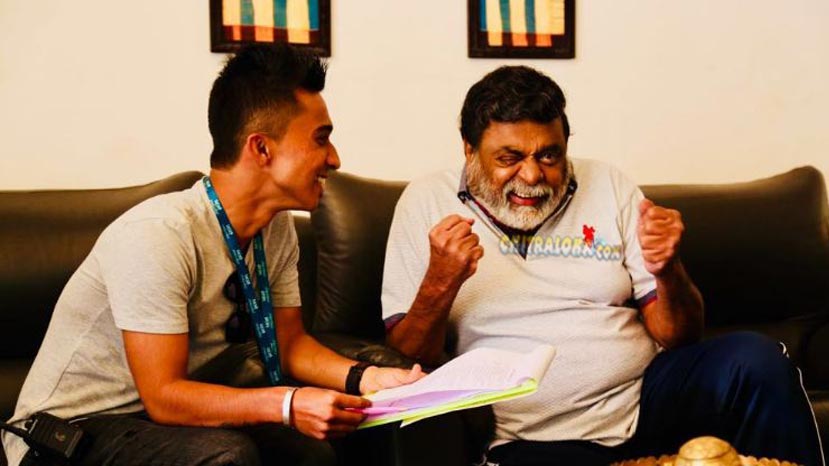 About the shooting Sudeep has said "Joining Ambi Ninge Vaisaaitho was like getting into my home. Guru my assist has turned director and my boy Sanchith leading the assist team. It’s a great feeling watching these kids handling situations with such ease. Ambrish mama started his song shoot, an awesome tune penned by Prem." Sudeep revealed the 24/7 shoot too. "My intro shoot is a night sequence and Ambrish mama’s song in the morning. So shoot’s happening round the clock. Shekar Chandru is the DOP for the song and Jubin DOP for the night sequence.

Jack, a childhood buddy of mine is producing a film after a long gap.

Wishing him the best of the best."