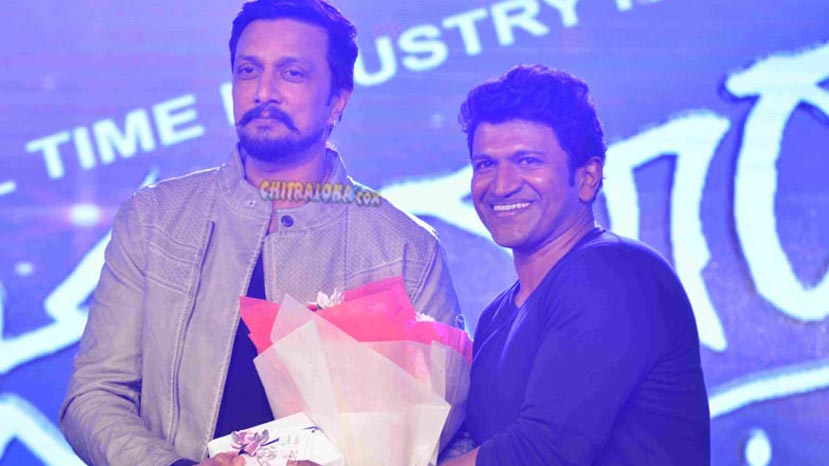 Producer K Manju's son Shreyas's debut film as a hero 'Paddehuli' is all set to be launched tomorrow (March 11th) at the Dharmagiri Manjunatha Swamy Temple in Bangalore.

The film launch will be a star studded function and many of the celebrities from the Kannada film industry is expected to be a part of this event. While, Sudeep will be sounding the clap for the first short of the film, Puneeth will be switching on the camera. Bharathi Vishnuvardhan and Keerthi Vishnuvardhan will be lighting the lamp.

'PaddeHuli' is said to be a remake of Tamil hit 'Meesaya Murukku' which was released last year. The film is being produced by M Ramesh Reddy who had earlier produced 'Uppu Huli Khara'. The film is being produced under the Tejaswini Enterprises banner. Guru Deshapande is the director. Ajaneesh Lokanath is the music director for this film, while K S Chandrashekhar is the cinematographer. K M Prakash is the editor.