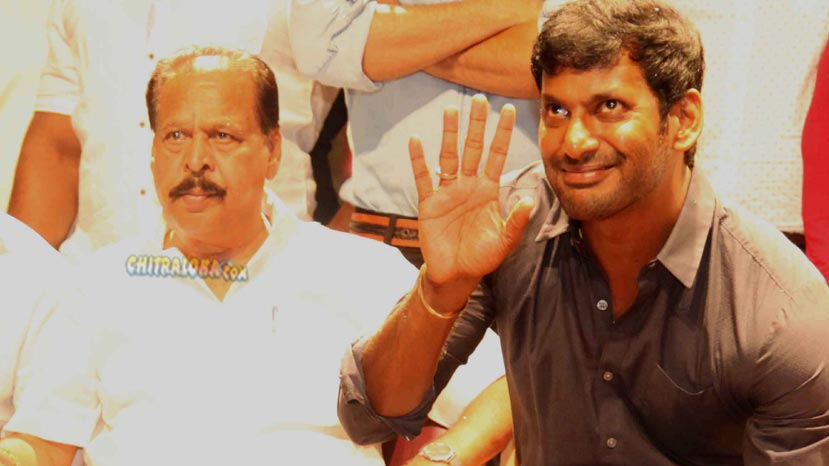 Representatives of the Kannada and Tamil film industries are holding an important meeting at 3 pm today to decide on the issue of DSPs. The Telugu film industry which was part of the protest against the digital service providers has made a private deal with them and withdrawn. But the Kannada and Tamil industries are gearing up to intensify the protest. There are talks about completely shutting down film activities from next week.

Vishal is arriving as the chief representative of the Tamil industry for the talks. Screening of new films have stopped in Karnataka and Tamil Nadu since last week. There are several speculations that is happening. If the DSPs do not agree to reduce their monopolistic prices to normal levels the film industries may think of starting their own DSP.

From March 16 the entire film activities including shooting is coming to a stop in Tamil Nadu. The same may happen in Karnataka. Screening of all films may also stop. All this will be decided in the meeting today. The DSPs however are not attending the meeting which is a dampener on the prospects of any solution.