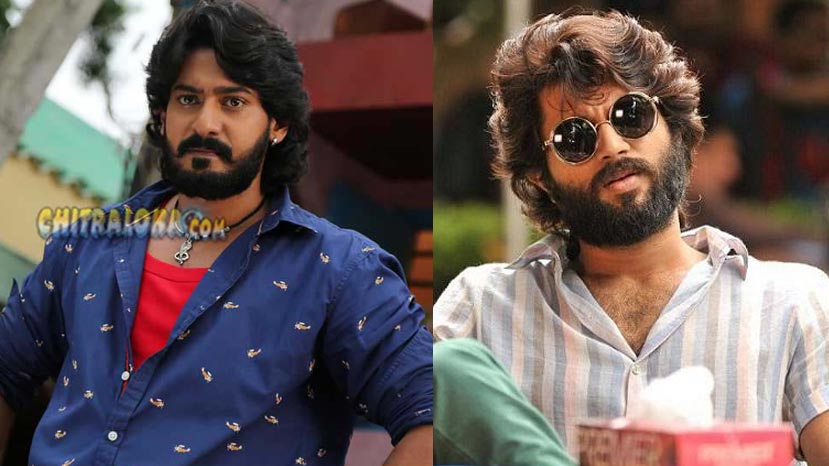 Prajwal Devaraj is playing the role named Arjun Gowda in the upcoming film of the same name. The film is being produced under Ramu Enterprises and will be directed by Lucky Shankar. The film has nothing to do with the Telugu film Arjun Reddy though the names are similar.

There was speculation that it was a remake. However the remake rights have been purchased by another Sandalwood producer sources said. Arjun Gowda is an action film that Ramu Enterprises team has come up with the story for.

Shooting for the film will start only in April by which time Prajwal is expected to complete shooting for Life Jote Ondu Selfie with Dinakar Toogudeepa and Inspector Vikram.